Today we have launched the new LeafWatch recording app to make taking part in Conker Tree Science easier than ever. See the press release for full details. 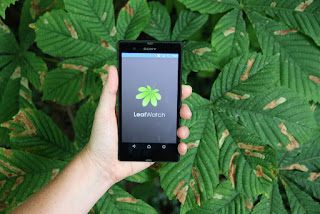 All you need is to download the app (available for Apple on iTunes and for Android at Google Play) and get recording! 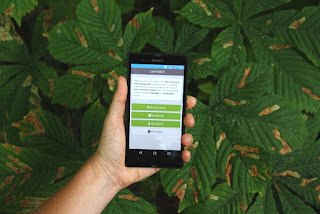 Remember that records of the moth's absence are also really valuable - knowing where it has not got to is really important. We are especially interested in records in Scotland and Ireland, and regions away from the south and east of England, but welcome records from anywhere.

However, be careful not to confuse the damage caused by the leaf-miner with the fungal leaf blotch. These are caused by the fungus Guignardia aesculi and the two types of damage are really easy to distinguish:. 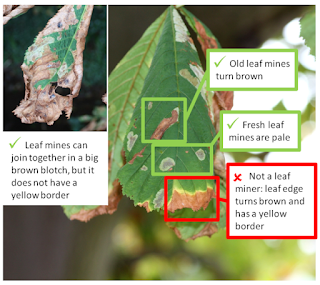 We can verify all the records submitted via the app.


(Some readers of this blog might remember that the original LeafWatch app was first launched in 2011. At that time it was one of the first wildlife recording apps available. However technology moves on and by 2013 the original app did not work on many smartphones. With the continued spread of the leaf-miner we decided to invest in updating the app to make it easy to record its presence. Most of the investment was actually in connecting the app to a better back-end database called Indicia, so that we can verify records much more easily.)