Conker Tree Science has made it to primetime television (again). We've been working with Icon Films in Bristol to produce a mini-documentary about the project for The One Show, which will be screened tonight. We're hoping that the speeded up footage of the moth larvae attacking horse-chestnut tree leaves will have made it to the final cut, along with us talking about blue tits feeding on the moth larvae and pupae. Thanks to Mike Dilger and the Icon Films team for making the production such fun. We can't wait to see how it has turned out...

And the great thing is that the story of the blue tits attacking the 'alien' insects is not finished yet. It is real on-going science. And it's not done by 'professional' scientists in white coats sitting in labs - it's done by anyone! It is not hard to take part (it could be a perfect activity for families this weekend) - so go to the mission page main website to find out more. 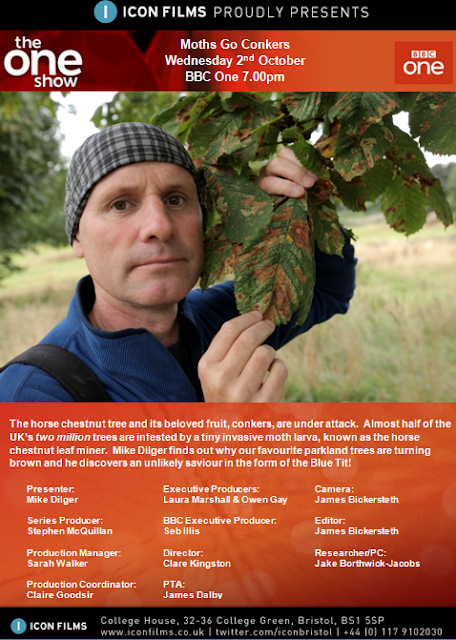